The mortal crew went to the Double Down looking for Beckett or Roscoe, hoping to learn more about the courier smart drive and what to do with it. Game date is November 2, 2021. Downtime from 11-3 to 11-5.

Of Smartie Chips and Inquisitions​

On to the Double Down, the crew seeks out some help with the smart drive. It had three folders of content that spelled certain doom, a weird etched symbol, and a potential fall out that could hurt them all...or worse!

After a couple drinks, they find Beckett and Roscoe to chat with and figure out what the hell they have. The drive turns out to be a collection of investigative information being sent to Mexico for an Inquisitor, one named Vargus.

He is expecting the files, those that do not complete delivery may find themselves dead. The content is part of investigations either by the Inquisitors, for their work, or stolen and being provided. While they discuss, a friend of Beckett's called Zelios gives insights of blood magic on the etching.

Concerned and suddenly intrigued, they follow Beckett's advice and seek out a specialized antiques and magic expert: Bastien Wathan of Tremere.

After getting access through Beckett and Zelios, the crew walks through a sedate warehouse guarded by dogs and filled with antiques. Furnishings, books, jewelry, a wide mix of fine antiques set out in groups or packed away in rows of shelves and crates. A few had strange markings around them on the floor, magic circles, and the like either as protection or just a creepy setup.

The meeting leads to a tense moment, Bastien demands to know why he should not kill the mortals...leading to the flash of black cards. AH yes, special envoys of the Accords. He passes their cards through a reader, mistaking Eden for the courier, and sets to reviewing the drive mark.

There is magic, it's failing, perhaps a few days left.

He then welcomes Zelios to remain and review a few items he has, excited to meet the cainite. Beckett he sends away with the mortals, informing him their meeting is not until the next night.

As they leave, Donovan spies a strange door, Eden steals an ivory necklace, and Kimber gets a lead on a possible job there. They all retire to Griffin, a bar with an open flame, learning vampires are scared of fire! The night ends with drinks, relaxing chat, and Eden leaving with Rosalind and Butch.

Born a Wathen to a line of the family that settled in Austria, away from England, Bastien spent his fifth son position seeking a craft. Rather than enter the priesthood, he sought out an apprenticeship with a family nearing its end. The Thonets had few still interested in continuing the business, most eldering and nearing ages best not spent bent to chisel and turning wheel.

He earned a place through hard work, taking up the craft, excelling in the creation of turned chair legs with carved details. Bastien sought every detail, refining his craft through meticulous study of the masters and his family. Some of their work graced nobility and affluent families. It was this reverence of the past he excelled to craft not only chairs but desks, lamps, all pieces that fit a look and theme for offices.

The interest of a ghoul then a vampire led to the most exquisite work of his age to craft a handsome desk of dark woods, inlaid with cherry and black marble, matching chair and lamp, and a budget to collect the finest items to match the office. Seeking artisans and collectibles, he found another love in the craft of auctions, marveling at the majesty one could own with carefully placed words and coin.

When the job completed two years later, he entered service as a ghoul to continue filling the Tremere chantry of fine works, desks, tables, bookcases, and accessories. He cataloged their supplies and furnishings, sourcing from others, expanding the business. After embrace, they taught him the occult to better locate and handle esoteric items, stones, and materials. He received a warehouse, endless funds, and endless tasks. These have led to the Americas, and finally in Vegas. He changed his name by a letter to get off of genealogy searches, ancestry.com such a pain in the ass for vampires! 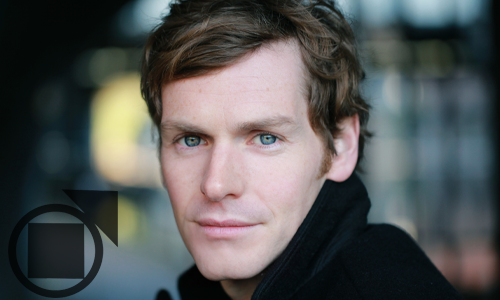 Born 8th in a family of 10 children, Roscoe's mother declared his long name after her favorite love interest in the Dukes of Hazard. He lived a damn hard life from that very night, leaving home to drive with his dad, a truck driver, across the country at twelve. When he hit 15, he stole a Harley from his mother's ex-ex-boyfriend. He fell in with a rebel group, the Tramposos Muerte (Death Cheaters), out of El Paso.

Just his luck they were vampire blood runners, moving between Texas and Mexico, through Arizona and California. He lived and fought by their sides, the rough elements and warfare, protecting transports and blood with his Brujah and Gangrel friends, until they finally embraced him in a hell on wheels tournament: fighting from bike back with chains swinging hooks set on fire!

He became fast friends with Smiling Jack, watching his back, playing the angel on his shoulder, and trying to get them through capers. When the Cam captured Jack and word passed around he died, Roscoe went beserk in mourning and rage, trying to take down the ivory tower. His friends staked him, threw him in a casket, and called in an old favor with Jake in Austin. Roscoe woke and wept, for his friend, his sire, his entire world falling down.

For the next decade, he got back on his feet, made the best of his new life while watching for news in California. He embraced a kid named Jim Bob, taught him the ropes, helped take down the Camarilla in Austin, and helped Jake keep his piece of the pie in Austin with the power change. During those fights, Kuei-jin arrived looking for him, bringing a video tape and a message.

Since then, he has returned to Vegas, close as Jack will allow for the time being. They plot and prepare for the big take over and fireworks show. He runs the Hogs and Heifers biker bar as an underground for Anarchs. 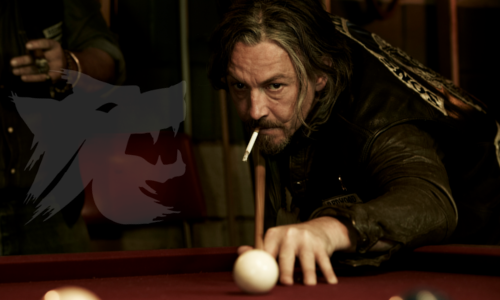 Few ever had the audacity to change their lives so drastically as Serena Dorn did in her embrace. Cutting away the soft woman of priviledge, she transformed herself into a beast of power, business, and knowledge taking the guise and life of a man. Never one to squander a turn, Shane (no longer Serena) rose ahead of the ghouls then childer in her sire's stead, earning the right to take his ventures into the colonies. She battled through revolution, the Civil War, and into the blossoming of a new era. Never has she become complacent or turned away an idea.

So it was she made alliance with a questionable Lasombra with a gem of an idea. With the means and capability, she took control of initiatives and claimed Austin, donning the title of Prince with her false persona of Camarilla Ventrue. All was well until the status quo changed so drastically with the arrival of Maxmillian from England. Deposed, lesser in stature, and ready to tear apart the new prince, she stepped up plans with Victor. Little did she know he had made plans as well.

Together they overthrew the prince, plans and killing blows commited by the Dirty Deeds pack of Sabbat. Titles moved to Victor as he rose to Bishop, and Dorn was left with meager position and opportunity. Making the best of it, Dorn has taken charge of the city, delved further into finance, land deeds, and took up vested interests to surround Victor by law if not arms.

It's just a matter of time before he feels the hungering claws of Dorn around his neck... 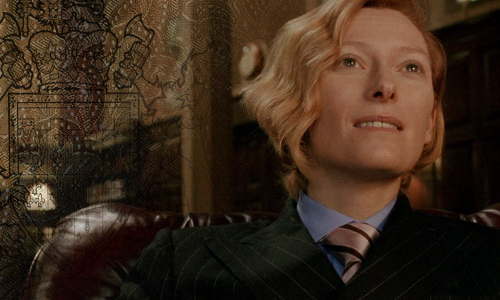